Chiara Corbella is a young woman born to Heaven on June 13th, 2012. At that time she was 28 and was married to Enrico Petrillo. They were a very normal couple of the “Wojtyla generation”, parish people who grew up by participating in World Youth Days. After Enrico and Chiara had met in Medjugorje, they began a spiritual journey for fiancé assisted by some Franciscan Friars of Assisi. They got married in 2008. Chiara became pregnant shortly after the wedding. Unfortunately, since the very first ultrasound scans, the baby-girl, Maria, was diagnosed with anencephaly. Without any doubts, Enrico and Chiara welcomed and accompanied the baby-girl, first in her earthly birth and then after more or less thirty minutes, to her heavenly birth. I personally witnessed the Maria’s funeral Mass, which was one of the most beautiful experiences I had in my life. A victory of Christ over death, confirmed by that little white coffin and by two parents who played and sung, giving thanks and praising the Lord for the whole length of that Mass. A few months later, Chiara was pregnant again. Also in this case the response of the ultrasound scan was not good. The child, this time a baby-boy, had no legs. Without any fear and with a smile on their faces, Enrico and Chiara chose to continue the pregnancy. I myself talked with Enrico who told me about his joy for having a baby, even if the baby had no legs. Unfortunately, around the seventh month of pregnancy, the ultrasound scan showed the child having visceral malformations with absence of lower limbs and incompatibility with life. Again, the two young parents, with a smile on their face (I have seen and “frequented” that smile that comes from faith), wanted to accompany their baby, Davide, until the day of his birth to Heaven, which took place shortly after his earthly birth.
I went to Davide’s funeral too. Again, there was so much beauty there, so much faith, and also some sort of “envy” for the joy Enrico and Chiara had despite their cross. Not a fake or formal joy, but a real example for many other young families. Finally, a new pregnancy: Francesco… All of us, Enrico and Chiara’s friends, rejoiced greatly when we heard the news. We all rejoiced because of the hope Chiara and Enrico had for life. Many would have – understandably – desisted from trying to have another baby. And while the ultrasound confirmed the health of the child, at the fifth month of pregnancy the cross appeared anew in Enrico and Chiara’s life. Chiara was diagnosed with a bad lesion of the tongue and after a first surgical procedure, the doctors told her the lesion was a carcinoma. Despite this, Chiara and Enrico wanted to defend the life of their baby. They had no doubts and decided to continue the pregnancy even if that meant endangering the life of the mother. In fact, Chiara could undergo another surgical procedure and the necessary subsequent sessions of chemotherapy and radiotherapy, only after Francesco’s birth. 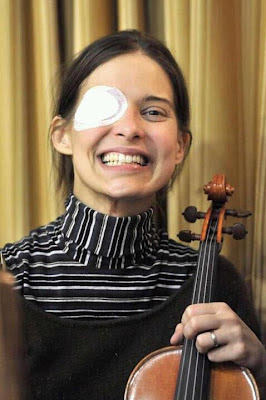 I myself, and many other families are eyewitnesses of all of Enrico and Chiara’s trials which were carried out with a smile and with a serene and incomprehensible reliance on the Divine Providence.
I spoke over and over again with Chiara and Enrico about how in all their trials, the two of them never were upset. Chiara and Enrico accepted the will of Him who does nothing by chance. We also talked about the fact that Enrico and Chiara always said their daily prayer of consecration to Mary ending with the words “Totus Tuus”. I could tell about many other things like the difficult months of chemotherapy and radiotherapy, or the family rosary on Thursdays at night (that was an initiative put together by various families who were close to Enrico and Chiara), or the consecration of their son to Mary done in Assisi in the Porziuncula…
Now Chiara is born in heaven. And many are witnesses of her holy life.